Becoming Greta: ‘Invisible Girl’ to Global Climate Activist, With Bumps Along the Way

Want climate news in your inbox? Sign up here for Climate Fwd:, our email newsletter.

Small, shy, survivor of crippling depression, Greta Thunberg, the 16-year-old Swedish girl skipping school to shame the world into addressing climate change, drew a parade of fans one Friday in February on a frozen square in Stockholm.

Six Swiss students had traveled 26 hours by train to seek her support for their petition for a tougher Swiss carbon emissions law. An Italian scientist told her she reminded him of his younger, activist self. A television news crew hovered around her. Women from an antismoking group came to give her a T-shirt.

All this attention, she said out of earshot of the others, is great. It means “people are listening.” But then, a knife-blade flash of rage revealed itself.

“It’s sometimes annoying when people say, ‘Oh you children, you young people are the hope. You will save the world’” she said, after several grown-ups had told her just that. “I think it would be helpful if you could help us just a little bit.”

This is signature Greta. Wry. Blunt. Sometimes sarcastic. The opposite of sweet.

It surfaced again on Friday, when Prime Minister Theresa May’s office dismissed school walkouts in Britain as a distraction that “wastes lesson time.” Greta swiftly struck back on Twitter: “But then again, political leaders have wasted 30 yrs of inaction. And that is slightly worse.”

Like a modern-day Cassandra for the age of climate change, her solitary act of civil disobedience — this was the 25th Friday that she skipped school to protest at Parliament — has turned her into something of a global commodity. It has inspired huge children’s demonstrations elsewhere, prompted a debate about whether children should skip classes for climate action, and invited trolls, haters and skeptics who wonder who profits from Greta.

The last six months have been, as she said, “a weird contrast.” They have compelled her to talk, talk a lot, which is something she is not accustomed to.

“All my life I’ve been invisible, the invisible girl in the back who doesn’t say anything,” she said. “From one day to another, people listen to me. That’s a weird contrast. It’s hard.”

At midday, as the sky turned gray, her father, Svante, brought lunch. Chickpeas and rice, which she ate, standing, alone in the crowd, in minute forkfuls, like a bird, before receiving a gaggle of third-graders in snowsuits. By the end of the afternoon, a full 7 hours standing outside in the cold, she was very tired. All she wanted to do, she said, was to go home and lie on the couch with her dogs.

Greta Thunberg is an unlikely, though not entirely accidental, activist.

The eldest of two girls, she grew up in Stockholm. She studied piano and ballet and theater. She did well in school. Like many children, she watched educational films about the melting Arctic and the fate of the polar bears and the marine mammals bloated with plastic. But unlike other children, she couldn’t let them go. “I became very affected. I began thinking about it all the time and I became very sad,” she said. “Those pictures were stuck in my head.”

Adolescence brought social pressures. She wasn’t into the things that many other kids were into. Mobile phones. Clothes. None of it interested her, her father recalled. “I think she was very isolated and very lonely,” Mr. Thunberg said.

“Before, my own world was very big,” she recalled. “I was all alone.”

Is the alone-world still there?

“Yes,” she readily replied. “But it’s getting smaller and the real world is getting bigger.”

“I’m happier now,” she added. “I have meaning. I have something I have to do.”

It was a cold, silver Saturday morning, the day after her weekly school strike. Mr. Thunberg had brought her to see the horse her family keeps and shares with other children in a stable outside the city. Greta brushed the animal, an Icelandic horse named Freyja. “Like a massage,” she said. She cleaned the gunk from its hooves. “Mostly poop,” she said. She tried to keep her black Lab, Roxy, from gobbling the stuff off the snow. “Hopeless,” she grumbled.

Freyja, she said, is very stubborn, and it took her some time to get the bit into the horse’s mouth before taking her for a slow ride in the woods. Being with her horse calms her, Greta said. The trees should be covered in snow by this time. It has snowed less than normal this year, she said.

She remains tiny for her age, a consequence of barely eating during her struggle with depression. She doesn’t laugh much, or make small talk.

Or, as she puts it, “I only say what’s necessary.”

She prefers the company of adults and animals to children of her own age. Bullying and depression have taken a toll.

Getting through the rough patch took months. Greta said what made her feel better was to be heard, first by her parents. She goaded them to stop eating meat. Then she goaded them to become vegan, which they also did, except that, according to Greta, her mother, Malena Ernman, continues to sneak in cheese. “At night, so I won’t see it,” Greta said.

Her most important victory came when, in 2016, she persuaded her mother to stop flying, which was a big deal because Ms. Ernman is an opera singer well-known in Sweden whose career depends on traveling widely. Soon came a flurry of attention to the no-fly decision and, eventually, a book that Ms. Ernman and Mr. Thunberg wrote about how their child had changed them.

“It felt very good to be listened to,” Greta said.

On Friday, Aug. 20, around the time her parents’ book came out, she sat in front of the Swedish Parliament. Word quickly spread. Soon came an invitation to the United Nations climate conference and another to the World Economic Forum, in Davos, Switzerland, where she told a roomful of business leaders that their financial success had “come with an unthinkable price tag” for the planet.

Greta, for her part, has told her mother not to join her at the protests. She said she does not want anyone to think her mother put her up to it. (Through her husband, Ms. Ernman declined to be interviewed.)

Being Ms. Ernman’s daughter prepared Greta for this role. “That’s one of the pros of having a famous mother,” she said. “I’m quite familiar with the media and how it works.”

Only once, when she confronted journalists lined up to interview her at Davos, did she freeze. Like before, the words didn’t come.

These days, she said, she thinks carefully about everything she does — what she wears, what she says, whom she connects with on Facebook. She curates her social media carefully, posting a picture of herself riding back from Davos by train, which drew attention to the conference participants who had chartered private jets.

Sometimes, her public role brings unwelcome attention. A plastic-wrapped sandwich in one of the pictures on the train brought criticism. A German politician, Paul Ziemiak, challenged her on Twitter recently by posting an unflattering emoji of a monkey covering its eyes. He was roundly criticized for picking on a child.

And an investigation by the newspaper Svenska Dagbladet asserted that Greta’s name and photograph had been used to raise money for a start-up. (Mr. Thunberg said the family had not been informed; the start-up founder, Ingmar Rentzhog, confirmed that Greta’s name and photo had appeared in a financial prospectus for the start-up without the family’s prior knowledge but he denied that her name had been used to raise capital.)

It prompted Greta to write a long Facebook post, declaring that she is acting independently and that neither she nor her family are accepting any money.

Her former teacher, Ms. von Berens, marveled at her transformation. She also wondered what would happen next, when the attention fades. “I don’t think this will be forever,” she said.

As for Greta, this is her last semester of 9th grade. She is weighing whether to take a year off to pursue her activism full time.

Asked if she would go to New York in September for the United Nations climate summit if invited, Greta said she would not fly. But, she could sail there on a ship. And she’s learned that going on a container ship would have the smallest carbon footprint. 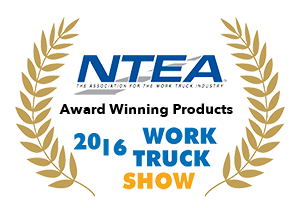 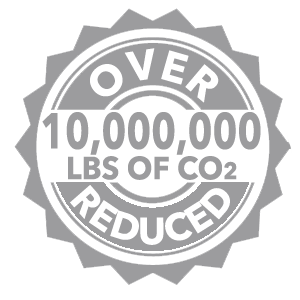